Margaret Robertson: Games and Stories You Can Win

“Games offer a place where the world works the way your mom always told you the world was going to work. If you try hard, if you practice, and if you don’t give up you will ultimately be successful.” – Margaret Robertson, game designer

The above video and the following comments were written by game designer Margaret Robertson.

Games have always needed stories. For many, the first ever videogame was 1962’s Space War. It couldn’t have been simpler to look at: startlingly abstract wireframes only. Space War could hardly be a smaller story, but it allowed players to make sense of the abstract shapes, of the strange new interaction unfolding before them. And from that point on, games have consistently chased a richer relationship with stories.

Technology has always made that hard, though. There were great stories in early games, but ones that you had to sip through the thinnest of straws. Everything we take for granted in other mediums of storytelling was brutally rationed in early gaming. 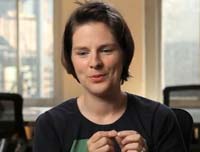 We’ve now beaten those constraints. Modern games have scripts tens of thousands of pages long. They record tens of thousands of lines of dialogue and display perfectly lifelike facial expressions and body movement. Natural language conversations are becoming possible with artificial characters. Some game developers even consider that the artificial creations they make can be meaningfully said to be alive.

So does that mean we’ve cracked story? Not quite. Story is hard. Story is fragile. Story is expensive. Players chew through it fast, and expect it to be endlessly responsive to their actions. Writing one good straight story is hard enough at the best of times. Producing one that’s expected to last twenty times as long as most feature films and have a hundred credible endings is next to impossible.

So how do we fix that problem? We fix it by letting games work their own particular magic. Games are engines for making stories. Their rule sets and objectives are mechanisms that engender the things that drive stories—courage, failure, shame, greed, sacrifice, surprise—and gives them context and structure.

If you build a captivating world and give players interesting rules, then they’ll tell a thousand stories for you. And we fix it by letting games go free range. Games are leaking out on to our streets and our parks and our campuses and our beaches, and there is enormous potential to use those environments to tell new kinds of stories.

Are you ready to tell your stories in new ways? Games, apps, interactive ebooks, blogs, multiple websites – there are so many opportunities now to tell stories, make connections, and move on. Where will you go with your stories?

So many opportunities to tell stories and make connections. Where will you go with your stories? 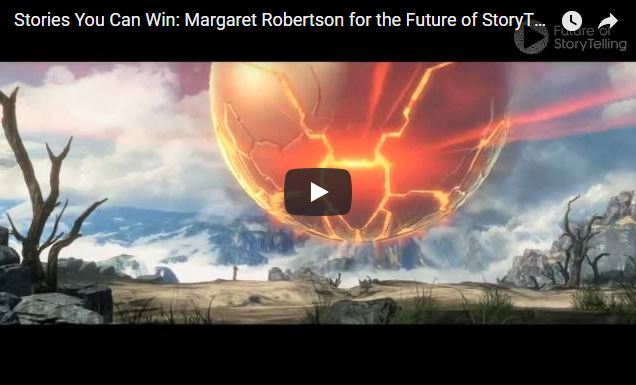 Tags: Games, interactive ebooks, Margaret Robertson, Space War, stories are fragile, stories are hard, Stories You Can Win, you can fail in a game, you can't fail in a book
Previous Post

Infographics of the Week: Worth Taking a Look At 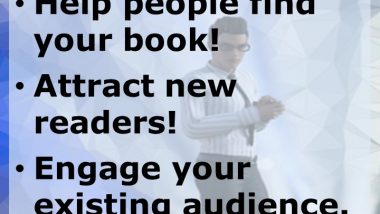