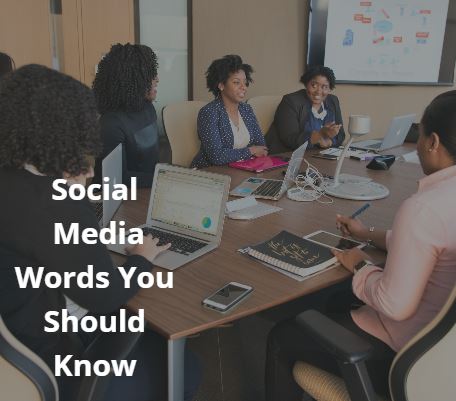 Aggregator — A tool or app that gathers content from various sources and then displays them to an end user. It can aggregate blog posts, status updates (tweets, pins, etc.), or other content.

Amazon.com — This retail website is also a social network that encourages readers to give feedback on books they read as well as connect with their favorite book authors via their Amazon author page.

Application — Any software that enables some specific action or actions to be performed, especially on mobile phones or social networks (such as an mobile phone app or a Facebook app).

Application Program Interface — A set of commands, functions, hooks, and protocols which programmers can use when building software for a specific operating system. Also applies to the software for social networks and other major websites that allows outside sites to interface with the social network’s or website’s programs.

Avatar — The main image featured in the member profile of any social network.

Bit.ly — A URL shortening service that creates short URLs for sharing on social networks and other places where space is at a premium.

Check-In — Some social networks and mobile apps allow a person to identify where they are (i.e., check in). Facebook and Foursquare are just two of the networks that allow people to connect to their actual physical location. GPS chips make checking in very easy.

Community — Google+ allows users to create a group of like-minded people who join together to more easily connect and communicate. Communities can be set as private or public. See also Group.

Connection — In LinkedIn, the people who you have made a personal interchange with. Similar to a Facebook friend or Twitter follower.

Dashboard — The interface that allows users to monitor their social network activity as well as take actions like sharing content.

Direct Message — A private conversation between two users on Twitter.

Engagement — Describes whether or not users get involved with a brand’s content on social networks. Engagement can be measured by user actions such as shares, comments, likes, retweets, etc.

Fan — A Facebook user who follows a brand or business page.

Follower — A user who chooses to receive your tweets on their Twitter timeline or pins on their Pinterest timeline.

Foursquare — A location-based social network that allows people to discover new restaurants, bars, and other locations recommended by other users. People can check-in, share, and save places they like.

Friend — Anyone you personally connect with on Facebook and some other social networks. Note: Both parties must agree to become friends before a connection is made.

GIFs — Animated images created in a compressed file format originally developed by CompuServe to share simple icons and images with a palette of no more than 256 colors. Animated GIFs are especially hot on Tumblr blogs.

GoodReads — A social network owned by Amazon that allows readers and writers to connect and also to share the books they love.

GPS Chips — Electronic chips that allow software and devices to connect with the Global Positioning System to locate where the device (and user) is.

Group — Many social networks allows users to create a community of like-minded people who join together to more easily connect and communicate. See also Community.

Handle —The name a Twitter user selects to represent themselves. For individuals, it’s likely to be his or her name, but for business accounts, it often reflects their brand, company name, goals, or ideas. To direct messages to a specific Twitter user, send it to @theirhandle (such as @JohnKremer).

Hashtag — an interactive feature that allows social network users to relate a status update to a broader topic.

Influencer — Anyone (blogger, social network user, etc.) who is active in social communities and often able to sway the opinions of others. Brands consider these influencers as their most valuable followers and fans.

Infographic — One of the best pieces of content to share any social network, especially Pinterest and Google+ where they feature the entire graphic. Infographics tend to include a detailed visual picture of some content.

Instagram — A photo-sharing mobile social network where users can share photos and videos. Has over 150 million users.

Member — Anyone who belongs to a social network. Also known as a user.

Meme — Any piece of content that is built upon a viral image, video, or text. Memes are shared by a lot of people and often go viral.

Message — A private communication method between two or more users on Facebook, Twitter, and other social networks.

Newsfeed — The user‘s home page on many social networks. This home page features status updates from the user’s friends and followers.

Photo-Sharing — The process of sharing a photo or image via a blog post, a social network status update, or a mobile app.

Pinterest — The top social network for sharing photos and images via pins and boards. Pinterest has over 55 million active monthly visitors.

Pin — An image, GIF, or video shared as a status update on Pinterest.

Poke — A Facebook action that allows one user to interact with another user by poking them virtually. Not a very effective way to interact on any social network.

Profile — The page on any social network where a user‘s current content is displayed.

Promoted Content — A virtual advertisement where a business or individual pays to have content featured on a social network.

Quotegraphics — Another of the viral pieces of content shared on many social networks. A quotegraphic consists of a quotation presented as a graphic or overlayed upon a pretty image. See the quotegraphic designed especially for Pinterest here on the right:

Retweet — When a user on Twitter shares a tweet from another user, that action is said to be a retweet.

Snapchat — A mobile app for taking photos or recording videos and then sharing them with friends. Each photo or video sent has a time limit of 1 to 10 seconds for viewing, after which it disappears (unless it is part of a Snapchat story). Has over 50 million users.

Snapchat Story — Snapchat users can put content into a story for 24-hour viewing. Such stories generally make up a string of narrative content.

Social Listening — Any tool or application that enables users to monitor what is being said about a brand, individual, or company on social networks.

Social Media — Any social network, app, or other tool that allows users to connect socially and share content with each other.

Status Update — Any content shared by members of a social network.

Trending Topic — The most popular topics currently being shared or discussed on a social network.

Tumblr — A blogging platform recently bought by Yahoo, Tumblr enables users to easily share content from the other 170+ million blogs on its platform.

URL Shortener — A tool that converts a long URL into a shorter version that is easier to share on social networks and websites. Shorter URLs makes it much easier to remember website addresses as well.

User — A member of a social network. Also applies to people who use a website, software, or app.

Vidd.me — One of many social networks other than YouTube for sharing videos and, in this case, also GIFs.

Video-Sharing — Refers to any website, app, or platform that allows users to share videos with other users. Videos are among the most shared content on social networks and via email.

Viral — Any content that is shared among many, many users. Most viral content is shared rapidly and organically via word of mouth.

Word of Mouse — Word of mouth shared via social networks, blogging, email, and other forms of electronic communication.

Word of Mouth — Refers to any content shared from person to person.

82 social media words and terms you should know if you are active on social networks.

Note: This Social Networking Glossary was inspired by and expanded from a Social Media Glossary posted by Website Magazine at http://www.websitemagazine.com/content/blogs/posts/archive/2014/02/19/social-media-glossary.aspx.

For the definition of other terms related to computers, software, electronics, mobile phones, the Internet, social media, and other technology, check out this website: http://www.techterms.com. 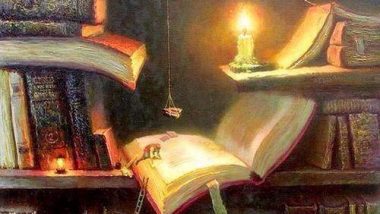 Books Are Trees Given a Life After Death