5 Steps to Becoming the Oprah of Your Niche

Did you know that you can gain Oprah-like fame by spending just a few hours per week letting other people talk about themselves? I’ll come back to that later. Right now, I want to give you a real life example of how Steve Stout just convinced me to sit through a four-hour sales pitch disguised as a documentary and why I bought the book less than three hours into the series.

You Gotta Give in Order to Receive 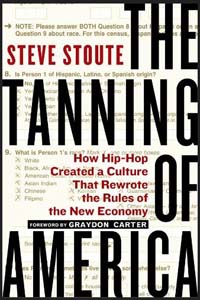 Steve Stout is the author of The Tanning of America: How Hip-Hop Created a Culture That Rewrote the Rules of the New Economy. The only reason that this book landed on my radar was because of how it was presented. Stout contacted all of his celebrity friends (Mariah Carey, Puffy, Russell Simmons, Dr. Dre, and more) and put together a four-part documentary based on the content of his book.

If you recognize the above names, then you know that these people aren’t just rappers, singers, and record label owners. They are business moguls with brands worth $10,000,000 or more. The documentary covered everything from the huge surge in Aerosmith’s brand after their duet with Run DMC, the influence of music on the clothing industry from Tommy Hilfiger to Gucci, to the role of hip-hop in Coca-Cola’s $4 billion purchase of Vitamin Water.

By the third episode in, I was on Amazon buying his book, because I love to read anything even remotely related to business. So how does this concept actually work? When you give people something that they can try before they buy, the chances of making a sale increases substantially. If those same free giveaways are endorsed by people familiar to your target customer, the chances of making a sale go up even more.

When you give people something they can try before they buy, chances of making a sale increase.

The Power of Borrowed Credibility 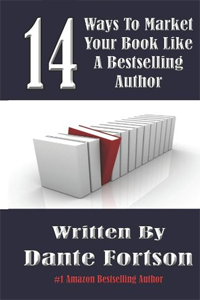 If you’ve written a book, most people assume that you’re an expert on the subject, even if they’ve never heard of you before. Prior to watching The Tanning of America, I had no idea who Steve Stout was. He had no credibility with me at all.

However, I know who Will Smith, Oprah, Mariah Carey, and Bill Cosby are. Their very presence in the documentary allowed Stout to become more credible to me by association. In less than three hours, I went from not knowing who he was, to a paying customer that was going out of my way to buy his book.

Borrowed credibility is one of the points that I discuss in my book, 14 Ways to Market Your Book Like A Bestselling Author.

Oprah is a great example of using borrowed credibility to boost your brand and your sales. Who was Oprah before she started interviewing famous people? She was an unknown, but the more her name became associated with people more famous than her, the more famous she became. Now Oprah is a bestselling author, billionaire media mogul, and a celebrity in her own right.

How I Borrowed My Way to Bestselling Author

When I published my first book in 2009, I couldn’t even sell enough copies to receive the minimum royalty payment of $20.00. Sound familiar? I actually thought about giving up my dream of being a bestselling author. But a friend convinced me that we should do a radio show so we could pick the brains of our favorite authors. The first episode had less than twenty listeners, but by the time we did the third episode, we were up to 200+ listeners.

A couple of months in, we started receiving fan mail from people that loved our interview style. Our names were circulating because our guests added credibility to our show. This also caused my blog readership to grow at the same time. The more guests we had, the more credible we became, and the more people started to listen to us on a regular basis.

By the time my second book was published, I sold more copies in the first day than I’d sold for the entire life of my first book. We didn’t know it, but we were borrowing credibility like Oprah. In 2012, we ended the podcast but the archive still receives over 1,000 listens per month.

1. Start a free online podcast. It’s simple. You can set one up within a matter of minutes. Blog Talk Radio is one of the biggest, free podcasting services online. Set up a free account now.

2. Make a list of 10 guests you’d like to interview. Make sure they’re at least somewhat recognizable within your niche.

3. Schedule at least one interview every week at the same time on the same day. It’s important to be consistent. Once you’ve scheduled an interview, ask your guest to tell their fans about the upcoming interview. After the interview is over, ask them to share the link to the interview on their social networks.

4. Make sure you promote the interview both before and after it has been conducted. Promoting your interviews is a great way to build your fan base and gain recognition in your niche.

If you don’t feel comfortable talking to people, conduct interviews via email and post them on your blog. It works for magazines and news publications, and it will work for your blog, too. Steve Stout let other people talk for 4 hours on his documentary series, and I’m sure I’m not the only one that bought his book. Oprah has made billions letting people come on her show and talk about themselves. The bottom line is: You gotta give in order to receive.

The bottom line is: You gotta give in order to receive. #Oprah #podcasting

As you begin to put everything in place, and people become more familiar with you, they will seek out your work for themselves. Just make sure that you have links to your books on your blog and podcast page. Over time, you will see your book sales and reader base increase the same way that Oprah did. 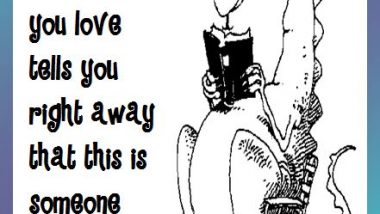 Seeing Someone Read a Book You Love . . .