First, here’s a tip on how bad customer service looks like. If you ever stay at Beaver Run Resort in Breckenridge, Colorado, don’t irritate the night desk clerk by asking him questions.

Because he will give you the worst room in the hotel.

How do I know?

Because that’s what he did to me last night. I didn’t realize this until I went to bed. As I settled down, I started to hear the machine buzz outside my room and the vibration of my bed. Now, there are times when you might like a little vibration with your bed. But there are other times, like when you want to go to sleep, where vibrations and outside noises are not useful.

Besides that, the room I was given was as far away from the parking garage as it is physically possible to be (which made carrying my four boxes, computer, luggage, cooler, and clothes much harder than it should have been).

And, finally, my room must have the worst view in Breckenridge: the blank wall of a neighboring hotel. Yes, I can see a little mountain if I crane my neck, but otherwise, not much of a view.

Now that’s the tyranny of a petty clerk having a bad day who secretly offers horrible customer service. Don’t be like that night desk clerk.

In the June issue of Food Network Magazine, Editor in Chief Maile Carpenter wrote about her experience with the #1 restaurant on earth (according to the official World’s 50 Best Restaurants list). She and her husband went to New York City’s Eleven Madison Park to celebrate their 10th wedding anniversary.

Halfway through their meal, after butter-poached lobster and a truffle-smothered tart, they were served a bucket of Popeyes fried chicken in a pail custom embossed with the following: Happy 10th Anniversary, Wylie & Maile.

Why Popeyes chicken at the #1 restaurant in the world? Because the staff knew that Wylie and Maile had served Popeyes at their wedding.

Now, that’s customer service with a real human touch. The #1 restaurant is #1 because it’s not afraid to serve Popeyes chicken to a customer, where the chicken has special meaning.

Eleven Madison Park has a Dreamweavers team whose sole job is to find ways to make a meal there feel magical and intensely personal. For example, when an out-of-town diner mentioned that he wished he’d had time to try a New York hot dog, a staff member ran out and bought one from a street cart so the chef could serve it as one of the courses. In other words, staff members, by design, will go out of their way to do things to make your meal at Eleven Madison Park fun, tasty, and just for you. 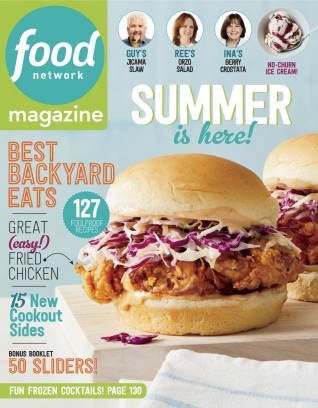 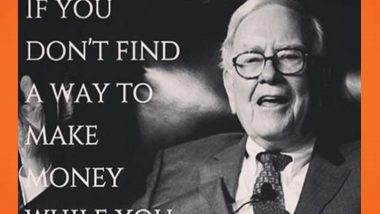 Warren Buffet: On Making Money While You Sleep