How Taylor Swift Maintains High Confidence (And You Can Too!) 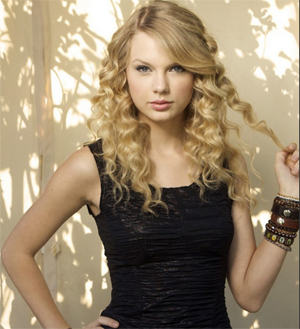 For authors and freelance writers, rejection can loom large. I have observed someone in another industry—music—who seems to be able to continually rise above: Taylor Swift.

When Taylor Swift was 14 and 15, apparently she and her parents made the rounds to many TV and recording studios in Hollywood and Nashville asking if she could offer a live demo. Most producers said no and summarily dismissed her. The take home point is that at an early age she had already intended to be a star performer. Today, she’s simply living out her dream.

I am not a fan in particular, although I do admire several of her songs, including Forever and Always, Sweeter Than Fiction, Safe and Sound, Blank Space, and Welcome to New York. What captures my interest is her unflagging determination to offer a superior performance every time.

I saw her for the first time on Saturday Night Live about six years ago. I only caught her performance midway, but was mesmerized. Here was a tall, slender, teenage girl, not with the world’s greatest vocals, wailing away on a song called Forever and Always. She had such conviction in her singing that I, and apparently millions of others, were captivated.

At an early age Taylor Swift had already intended to be a star performer. #TaylorSwift

Among dozens of things she does to maintain high confidence, here are some worth contemplating:

1. Taylor Swift’s stage presence is extraordinary. She most definitely owns the stage, and that is by choice.

Taylor Swift’s stage presence is extraordinary. She most definitely owns the stage.

2. Her energy level is extraordinarily high and focused. You could say this about many singers but, if you watch any Taylor Swift performance, you’ll quickly notice that she uses all 5’10” of her height and all 122 pounds of her weight in her performance.

3. Her connection to the audience is amazing. Through gestures, eye contact, and a variety of other stagecraft techniques, you get the sense that she is totally there, in every performance. Some singers and performers allow you to watch. Some induce you to watch. Taylor Swift performs in way that all you want to do is watch.

Taylor Swift performs in way that all you want to do is watch. #TaylorSwift

4. She is a student of performance. Recently asked to be a coach on the hit television show The Voice, she astounded the four regulars coaches—Adam Levine, Gwen Stefani, Pharrell Williams, and Blake Shelton—by instantly assessing their team members’ practice sessions and, in a matter of seconds, offering insightful suggestions that immediately improved their performances. She has stated that she makes mental notes of every performance she’s seen and her unparalleled performance wisdom belies her tender age.

5. She is constantly evolving. Whether or not you like her music, if you take the word of top critics and music aficionados, it’s undeniable that each album has gotten better.

6. She is down-to-earth. During an interview on the Jimmy Kimmel Show, she stated that album reviews do matter, and any artist who says they don’t is not being honest. How she maintains an air of humility, and that common person touch, probably can be attributed to her parents. At some point, however, you have to concede that she has what it takes to make herself a star.

Album reviews do matter, and any artist who says they don’t is not being honest. – Taylor Swift

8. Taylor Swift lives in the now and has a focus on the future. Her decision to abandon country for pop was done with the realization that she’ll be in the business for the long haul, and that the popular music route will enable her to grow and expand in novel ways.

Taylor Swift lives in the now and has a focus on the future. #TaylorSwift 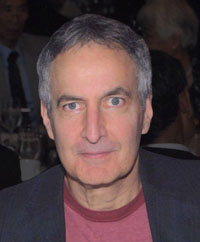