Would you like to create a celebrity author image? Here are 7 ways you can cultivate your celebrity image as a book author:

Get a Photo — Whenever you’re speaking on the same bill with a well-known politician, media personality, or other household name, hail any photographer in sight and ask if he/she would mind if you could get a picture of the two of you. Most will readily say yes.

Excerpt the Conference Brochure — If you’re listed in the same conference brochure with a celebrity speaker, review it closely for the possible P.R. value of reprinting a page or two which casts you in a favorable light. I once spoke directly following Knight Kiplinger and fortunately the conference brochure presented our pictures and bios nearly side by side.

Do a Local Interview — When you’re in town to speak to a group, don’t be afraid to call the local newspaper and offer to do a interview about why you’re in town and what the group you’re speaking to is seeking to accomplish. Have a press kit with you at all times. You might hit a slow news day wherein the newspaper decides to give you a have page feature.

Tie into the News — Look for ways to relate what you’re doing to the news. If graduation time is near and you speak on self-esteem for young adults, target June as the month in which you’ll have a nice profile piece about you and your work published.

Get an Author Photo — If you have a book forthcoming, convince the publisher as to the sales value of putting your picture on the front or back cover of the book, rather than on the inside front or back flap.

Piggyback on Your Publisher — If you’ve had a video or CD produced by a widely-recognized producer such as McGraw-Hill or Random House Audio, have all of your literature include their name as well as the name of your program.

If you’ve had a video or CD produced by a recognized producer, piggyback on the producer’s fame. 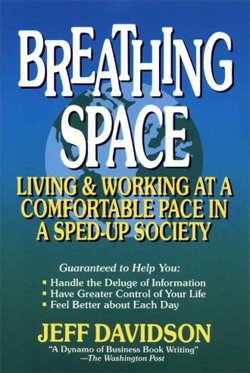 Jeff Davidson is the internationally recognized expert on work-life balance and holds the registered trademark as the Work-Life Balance Expert®. He is the author of several popular books including Breathing Space, Simpler Living, and The 60-Second Organizer. He is an Advisory Board Member on The Organized Executive, a monthly publication of Columbia Books, Washington DC. 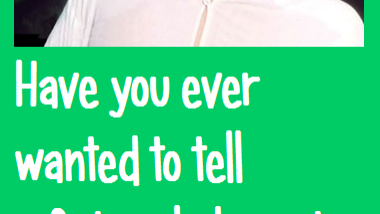 Talk Back to Fictional Characters 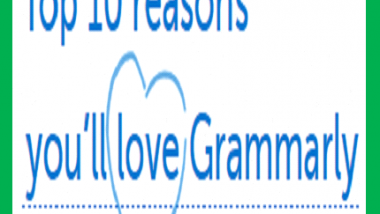 Hate Editing? Tools to Help Speed Up the Process