Napping: Good for Your Creativity and Your Health

Many creative thinkers, politicians, and authors have been in the habit of taking short naps. Here are just 18 historic power nappers:

Winston Churchill, British prime minister (his afternoon naps of an hour or two were nonnegotiable)

William Clinton, U.S. president (catnapped when he could)

Thomas Edison, inventor (daily naps of one or two hours with only three or four hours of sleep at night)

Albert Einstein, physicist (got ten hours of sleep each night and still napped during the day)

Stonewall Jackson, general (could take a nap anywhere outdoors, even during a battle)

Connie Mack, baseball player and manager (was fond of naps)

Alas, I couldn’t find any book authors who were nappers. Of course, Winston Churchill wrote a number of books. As did John F. Kennedy, Bill Clinton, and Jenny McCarthy.

Why You Should Take Naps

Naps relax your mind. Naps can be a mini-vacation: an easy way to relax and rejuvenate. Relaxed writers write with more passion.

Naps can relieve stress and give you a fresh start. Fresh starts can get you over writer’s block.

Video: The Scientific Power of Naps

Do you want an excuse for sleeping on the job? Check out these scientific tips on Power Naps to get the most energy out of your day, while remaining productive and free of caffeine. If done properly, naps can change your life! 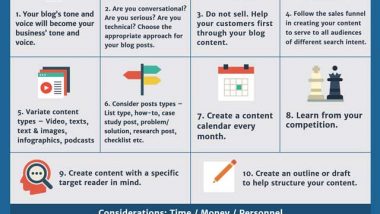 How to Start a Business Blog That Attracts New Customers (Infographic)