Brian G. Johnson: On Creating a YouTube Channel Worth Following

In the video below, Brian G. Johnson describes how Nick Nimmin has grown his YouTube following fast!

In an extensive evaluation of Nick Nimmin’s channel, Brian breaks down all the things Nick is doing right. He outlines the seven things that have allowed Nick to add more than 78,000 subscribers to his channel in just one year. If you want to grow on YouTube in 2018 and beyond, then is is one video not to miss.

Message to market — Nick creates great-looking and great-sounding videos aimed at his target audience. His videos are short and snappy. His intros are short. He gets to the key ideas right away.

YouTube Marketing Tip: Keep your videos short and snappy. Get to key ideas right away.

Video consistency — Nick uploads to his channel one video every week. He now uploads videos on Monday and Wednesday as well as live-streaming on Saturday mornings.

Video presence — Nick’s presence on camera is strong. Use a bulleted script, but keep it spontaneous.

YouTube Marketing Tip: Use a bulleted script, but keep it spontaneous.

Video discoverability — Nick identifies the keywords that his target audience is searching for. He creates video titles that are searchable and enticing to click on.

Video calls to action — Nick has many calls to action, such as: If this is your first time…start now by clicking on the bell notification. He also uses the power of an end card and a lower third to encourage viewers to subscribe. He also prompts viewers to respond to his videos.

YouTube Marketing Tip: Have more than one call to action. Use end cards. Use lower thirds.

Community outreach — Nick responds to comments on his videos as well as commenting on other people’s channels. He also uses Reddit to drive traffic to his videos. 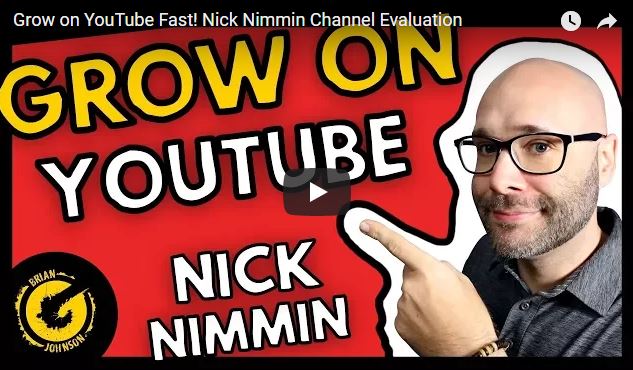 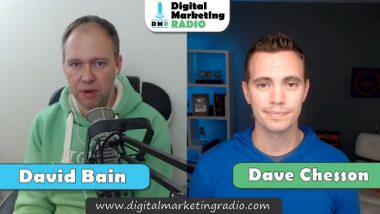 David Chesson: How to Launch a Book on Kindle