Last week Jack Dorsey, CEO of Twitter, sent out the following tweet as an image (which, currently, is the only way to send a long tweet). In essence, he announced that Twitter is working on a feature that will allow users to send tweets as long as 10,000 characters, rather than the current limit of 140 characters. 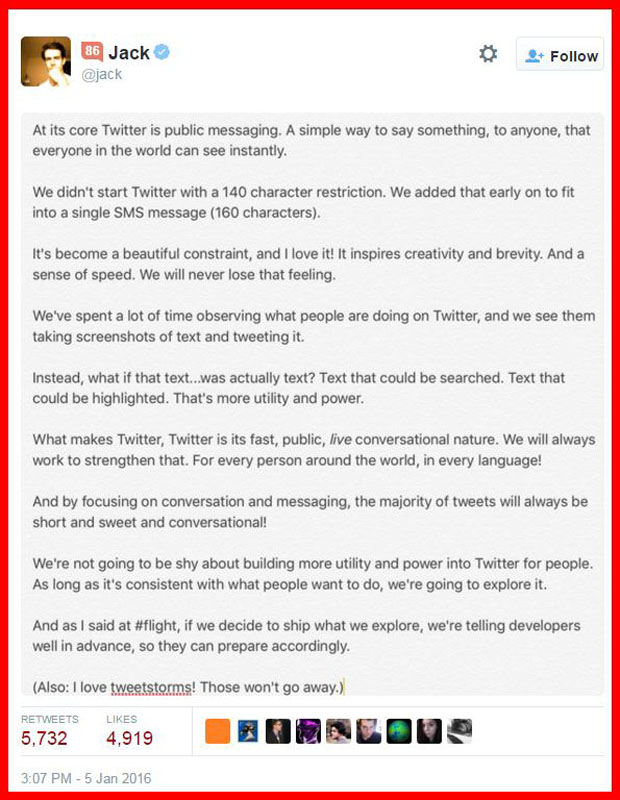 Now, personally, I’m not sure I want or need that many characters. I like Twitter the way it is: short and sweet. Easy to scan. Easy to like or respond. Easy to retweet.

BUT, here’s a marketing tip that does make sense (a tip I got from Gary Vaynerchuk): Some day soon, probably before the end of March, Twitter will announce that the 10,000 character feature is live. When that happens, there will be a lot of tech writers and bloggers who will want to show people what that looks like — and feature some tweets that show the real power of 10,000 characters.

Here’s the tip: Have a 10,000 character tweet ready to go so you can pop it into Twitter within the first few hours when this new feature goes live. That would give you a head start for the sweepstakes to be highlighted in tweets, news stories, and blog posts that first day. (Of course, it will help if you send out a news release or connect with some tech bloggers minutes after sending out your tweet.)

What should your 10,000 character tweet feature? Here are a few ideas:

When the Twitter announcement comes, I already have a blog post I want to share. You can read it here: http://myincrediblewebsite.com/the-god-bless-you-revolution. It’s only around 3,800 characters right now, so I will have to enhance the blog post with a story or two, some more tips, or a longer extended manifesto. A 10,000 character manifesto tweet!

P.S.—By the way, Gary Vaynerchuk also shared two other social media websites that are very useful for book authors looking to reach a wider audience: WattPad and Medium. I agree. Every author should have a presence on those two websites (WattPad is especially useful to novelists, poets, short story writers, and memoir writers).

I also recommend that every author have a Tumblr blog and a presence on The Book Marketing Network: http://www.thebookmarketingnetwork.com. 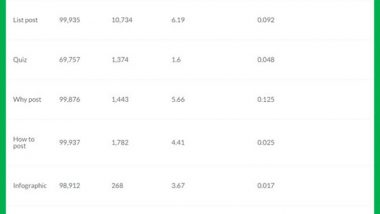 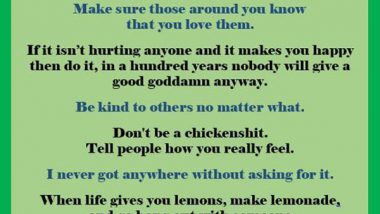