How to Use a Pen Name

Some authors like to use pen names when writing books, especially fiction. Below is a Q&A email I answered for an author who wanted to use a pen name (aka nom de plume or pseudonym) — and had a lot of questions on how to use a pen name successfully.

I have just finished writing a novel and will be publishing it myself under a pen name. I chose to go the pen name route for reasons of privacy and also for marketing reasons (so people don’t get confused if I ever write other genres like theology, children’s books or if my first book bombs and I want to start over).

I will be publishing under the name of Pen Name. I will be myself, Real Name, as the publisher of My Publishing Company. Having a pen name is relatively easy if I just sit at home and don’t go out. But since you advocate that authors interview and speak and sign books, I can’t see using a pen name working. Do I just give up on it and write under my real name?

Here are my questions:

Question: How do introduce myself to my audience, radio talk show hosts, conference attendees? “Hi, I’m Mike.” “Hi, I’m Lee” or “Hi I’m Mike, but that’s not my real name.”

Answer: If you have a pen name, you publicize and speak using that pen name. And only your pen name.

If you have a pen name, you publicize and speak using that pen name. And only your pen name.

Question: Will I violate a trust with my audience or reviewers if I keep my identity a secret?

Answer: You violate no trust by keeping your true identity a secret. Your cover can state that you are using a pen name, but you don’t have to provide your real name if you don’t want to.

Pen Names – You violate no trust by keeping your true identity a secret. #writers #authors

Question: If I tell a interviewer my real name is Lee, will they agree to refer to me as Mike during the interview?

Answer: Don’t tell anyone your real name. Focus on being and promoting your pen name. Don’t confuse them by giving them two names. It only causes confusion.

Book Publicity and Author Interviews: Focus on being and promoting your pen name.

Question: If I go on TV or speak in public, how should I handle it if someone recognizes me?

Answer: If someone recognizes you, simply tell them you write and promote under your pen name. Keep it simple. Never complicate things. Tell the truth, and keep it simple.

Question: What other reasons have authors employed pen names for?

Answer: Some writers have employed pen names because they write in two genres and want to keep the two separate. For example, Agatha Christie writing romance novels as Mary Westmacott.

Others use pen names because they are so productive that a publisher would never publish all their books under one name. For example, Nora Roberts writing as J.D. Robb and Stephen King writing as Richard Bachman.

Some want to publish without hype or expectation. Thus J.K. Rowling wrote as Robert Galbraith.

Back in the 1950s, several women wrote using a male pen name because their field (science fiction) was dominated by men; for example, Alice Sheldon writing as James Tiptree, Jr. Even more recently, Joanne Rowling was convinced to publish as J.K. Rowling to appeal to the young boys who read fantasy.

In the early 1800s, women used male names to get more respect. The Brontë sisters all wrote as men with the last name of Bell. Amandine Lucie Aurore Dupin wrote as George Sand. Mary Anne Evans wrote as George Eliot.

You can find more reasons authors use pen names in this article: Pen Names: When to Use Them, When Not to Use Them

Question: Can you give me the names of any other authors who might have some advice for me?

Answer: Don’t worry about a pen name. You are way over concerned. Simply write and promote under the pen name and don’t make a big deal about it. You don’t need to talk to any other authors about this. Remember: Mark Twain did incredibly well using a pen name.

Pen Names: Simply write and promote under your pen name and don’t make a big deal about it.

You are in good company. Here are just a few famous authors who used pen names. The list is alphabeticized by the author’s best known name (real or pen name).

Writers: You are in good company if you decide to use a pen name. #writers #authors 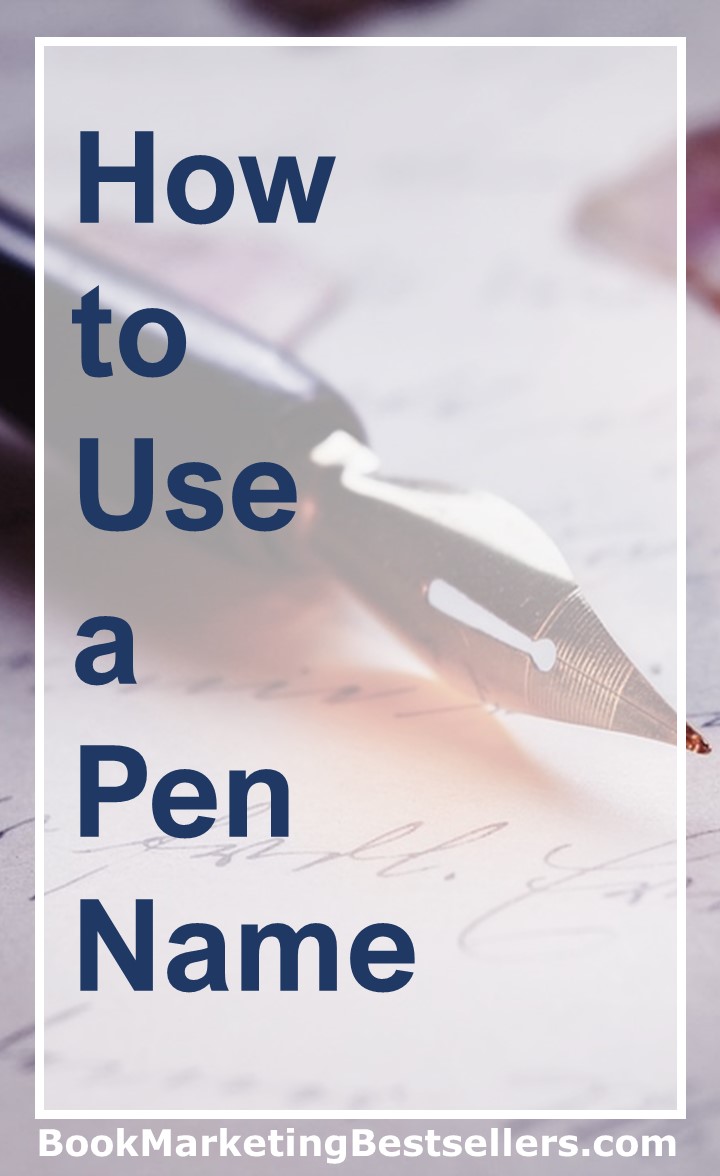 Using Video to Sell Rights to a Memoir or a Novel