Late on February 7, 2016, Kickstarter celebrated it’s 100,000th project being funded. To celebrate, Kickstarter shared 100 facts about crowdfunding. Below are a few of them.

2. Number of creative categories and subcategories in Kickstarter — from Architecture to Zines 165. 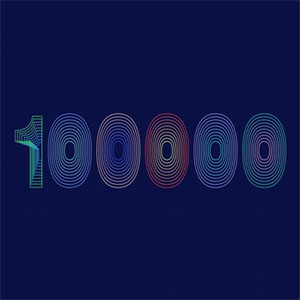 Number of successfully funded Kickstarter projects from launch to February 7, 2016: 100,000.

6. Number of creators who have launched more than one successfully funded project on Kickstarter: 8,539.

Number of creators who have launched more than one success project on Kickstarter: 8,539.

9. Percentage of successfully funded creators who have also backed someone else’s Kickstarter project: 70.58%.

10. Number of creators who have pledged more money to other Kickstarter projects than they raised for their own funded projects: 803.

11. Number of countries represented by the backers of the project with the most international support: 169.

14. Number of project updates that creators have shared with backers across all successfully funded projects: 1,037,723.

15. Highest number of updates from a single Kickstarter project: 301.

The highest number of updates from a single Kickstarter project: 301.

27. Number of empty white books that artist Wafaa Bilal will use in an installation to bring attention to the destruction of the University of Baghdad’s entire library after looters set it afire: 1,000.

29. Number of backers who helped the Children’s Museum of Pittsburgh fund seven makerspaces for kids: 585.

39. Number of known marriages between a creator of a successful project and a backer: 1.

Number of known marriages between a creator of a successful Kickstarter project and a backer: 1.

45. Number of typefaces created — from Aerial Bold, made of giant letterforms found in aerial photos of the earth, to one based on Sigmund Freud’s handwriting: 71.

50. Number of classrooms full of 3- to 9-year-olds that LeVar Burton, Reading Rainbow, and 105,857 Kickstarter backers are equipping with creative literacy tools: 10,000.

68. Number of five-star reviews for Cards Against Humanity on Amazon: 28,986.

70. Percentage of TIME Magazine’s “25 Best Inventions of the Year” from 2013 through 2015 that started as successful Kickstarter projects: 20%.

75. Number of Shakespeare vs. Cthulhu projects: 1. A collection of short stories by Jonathan Green.

79. Number of Canadian projects — from celebrated spoken word poet Shane Koyczan’s book A Bruise on Light to a first-person survival game set in the Northern Wilderness “The Long Dark”: 2,633

84. Number of times robot replaces the n-word in The Adventures of Huckleberry Finn Robotic Edition, a satirical remix of Twain’s classic published to protest censored reprints of the original: 219.

85. Number of words excluded from major English dictionaries that Wordnik wants to find and build a home for on the Internet: 1,000,000.

86. Number of words visualized and catalogued by The Noun Project, a library of icons anyone can use and understand: 150,000.

87. Number of endangered alphabets tracked down and preserved through hand-carved works of art: 26.

88. Number of mysterious letters sent to perfect strangers by conceptual artists Lenka Clayton and Michael Crowe, who are attempting to hand-write personal letters to everyone in the world: 2,132.

94. Number of lost poems by Chilean poet and Nobel Laureate Pablo Neruda discovered and set to be published by Copper Canyon Press (Then Come Back: The Lost Neruda) in April 2016: 20.

95. Number of years of Dr. Maya Angelou’s life to be honored in the first documentary about the poet, civil rights activist, and Presidential Medal of Freedom recipient: 86.

100. Percentage of creators who enjoyed creative freedom bringing new ideas to life with a community of supporters — collectively shifting who has access to cultural funding, and building a more inspired, diverse, and creative world in the process: 100%. That’s their number, but it doesn’t include all the projects they have rejected or the projects that were not funded. The true percentage is probably less than 20%.

Kickstarter left out a few key stats that I found interesting. 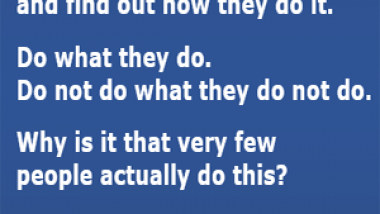 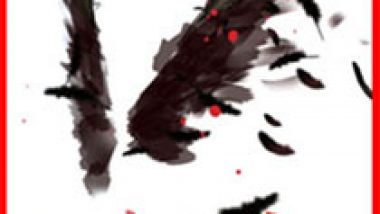