The following article is adapted from an email I received today from Steve Harrison.

Too many book authors take ten minutes to say what can often be said in 30 seconds or less. If you want to get the attention of newspaper editors, magazine writers, or radio and TV producers, you need to learn how to speak in sound bites. 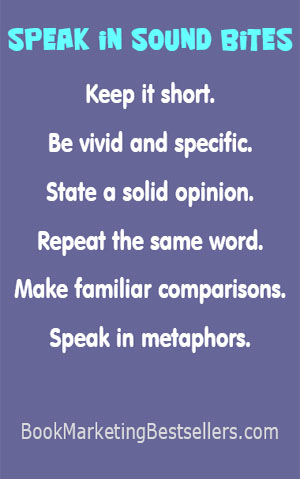 Here are Steve’s six commandments on speaking in sound bites:

1. Keep it short. In answering questions or making a point, keep it short, no more than a sentence or two.

In answering questions or making a point, keep it short, no more than a sentence or two.

2. Be vivid and specific. In Steve’s example below, note how Broughton made something boring truly memorable for the journalist.

In an interview with Business Week, Donald Broughton, an analyst for Avondale Partners, was talking about the stocks of two railroad companies: Union Pacific and Burlington Northern: “It’s one thing if you steal dirt from my front yard, and it’s another if you break into my house and take my sterling silver. For six quarters, Union Pacific’s been walking around Burlington Northern’s house and taking as much silver, jewels, and flat-screen TVs they can get their hands on.”

Publicity tip: Speak in sound bites. Keep it short. Be vivid and specific.

3. State a solid opinion. Don’t be afraid to state your opinion and do it boldly. Yes, some people will disagree with you, but so what? Indeed, you should be worried if everyone agrees with you. If people don’t disagree with you, you’re probably not really saying much.

Here’s another example from Steve to make this point:

When Warren Buffett was interviewed about a tax on financial companies, he said, “Look at the damage Fannie and Freddie caused, and they were run by Congress. Should we have a special tax on Congressmen because they let this thing happen to Freddie and Fannie? I don’t think so.”

Publicity tip: Don’t be afraid to state your opinion and do it boldly. #opinions … If people don’t disagree with you, you’re probably not really saying much.

4. Repeat the same word. Repeating the same words makes a statement more memorable. Here are two examples provided by Steve (note how short the sentences are):

Author Robert Thompson on Paris Hilton: She’s the non-story that keeps on being a non-story.

Sound bites tip: Repeating the same words makes a statement more memorable. … Robert Thompson on Paris Hilton: She’s the non-story that keeps on being a non-story.

5. Make familiar comparisons. Compare a thing to something that everyone already knows about.

In describing Katie Couric’s debut on CBS Evening News, Robert Thompson said that her first broadcast would be “some of the most scrutinized frame-by-frame video images since the Zapruder film” (of John F. Kennedy’s assassination).

Publicity tip: Compare a thing to something that everyone already knows about.

6. Speak in metaphors. A metaphor is a figure of speech where one thing is identified similar to something very unlike it. Here’s an example from Steve:

When talking about Fox News, Robert Thompson says, “They want to be the David of David and Goliath, but they are the Goliath.” 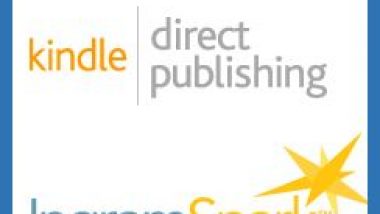 Self-Publishing Tips: How Do I Get My Books Published? 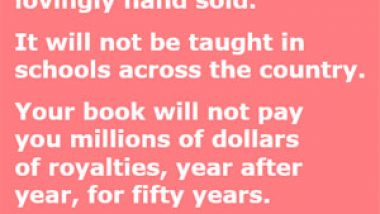