Listen in as Seth Godin talks about tribes, blogs, and books. Here are a few things he noted during the interview.

If you don’t have a book problem, you won’t be in a bookstore.

One of the costs of being right is that some people will think you are wrong.

Shame is a dream killer. Shame is the thing that will put out your fire.

Shame is a dream killer. Shame is the thing that will put out your fire. — Seth Godin

Book publishing is the act of bringing an idea to people who weren’t aware they needed that idea.

A copy editor is someone who makes sure you don’t use semicolons incorrectly. A line editor who can think the way you want to think. A project editor is priceless: The person who keeps you from doing things that don’t work.

Bookstores have been savaged, brutalized, and ignored in today’s culture.

My job is not to make books. My job is to make change.

My job is not to make books. My job is to make change. — Seth Godin

I blog every day (with about a million readers). I write books when I don’t think I can make the change with less than a thousand words.

Having tools that give you a boost are critical for writing books.

Seth write like he talks, so he never has writer’s block because no one ever has talker’s block.

Seth write like he talks, so he never has writer’s block because no one ever has talker’s block.

Seth doesn’t use Twitter. He doesn’t use Facebook. He avoids most social media. He sticks with just a few big things.

Seth’s job is to notice things. And to engage with people, earn their trust, and use their attention wisely.

Seth’s goal: How can I build a platform where I get the privilege of whispering to people who want to hear from me about stuff they are interested in?

Find ten people who will take what you have to offer. If they tell other people, then it can go viral. If it does, repeat. If it doesn’t, repeat.

Book Marketing Tip: Find ten people who will take what you have to offer. — Seth Godin

No one is entitled to speak, teach, or write.

Leadership requires enrollment. They understand what you are doing. Leadership is way scarier in our culture than management. Leadership and management are not the same thing.

Seth uses fear as a compass (because the action might work and require more time and work). Understand the general direction you want to go.

Seth Godin has set out to make a difference to people who are on the same path as he is. 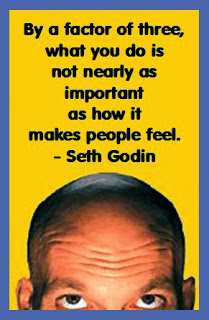 By a factor of three, what you do is not nearly as important as how it makes people feel. — Seth Godin

By a factor of 3, what you do is not nearly as important as how it makes people feel. Seth Godin 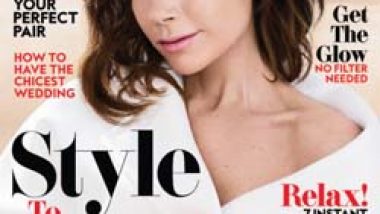 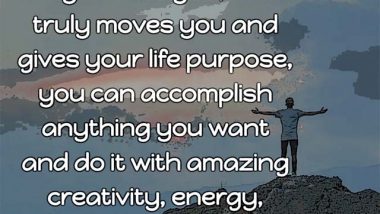 Book Marketing Success Stories: What Should I Write About?