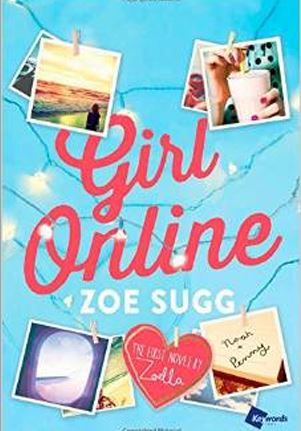 In less than a week, British YouTube star Zoella (Zoe Sugg) sold over 75,000 copies of her first novel, Girl Online.

At one point, it hit #1 on all of Amazon. As of Thursday, it ranked #73 in Amazon.com, including #1 for teens, dating and sex; #2 for teens, contemporary romance; and #2 for teens, new experiences.

It also ranked #801 paid in the Kindle Store.

Her novel, the first in a series she is writing, tells the story of a blogger who falls in love with a musician.

Girl Online is the first book to be published by Keywords Press, a division of Simon & Schuster that plans to publish more books from hot digital stars.

On her Twitter profile, Zoe thanked all her fans:

I’m legit blown away by this. I never in a million years thought that so many of you would pick up a copy of Girl Online. Almost wanna cry..

Many of us would love to have even 3,000 followers for one of our YouTube channels.

Her videos often get millions of views within a week or two. Here are a few of her most recent videos and their viewing numbers:

Zoe now joins a group of other famous YouTubers who have become successful authors: John Green, Hannah Hart, and Grace Helbig, among others.

What can you do for your book? Start by focusing on one key social media network and building up a fan base.

If you have a business book and like networking, focus on LinkedIn.

Or do what most book authors do, focus on Facebook.

What can you do for your book? Focus on one key social media network and build up a fan base.

Here, by the way, is a video of Zoe celebrating the publication of her book: