Author Promotion: How Terry McMillan Got Her Bestselling Start

When Terry McMillan’s first novel Mama was published in 1987, her publisher only sent out press releases and review copies — their standard low-level effort for first-time authors. So Terry took the promotion into her own hands.

She wrote more than 3,000 letters to bookstores, colleges, chain stores, African-American groups, and other groups asking them to stock and/or promote her book. She offered to do readings wherever they would give her space.

I received the same question twice in 15 hours (once here and once on Facebook): How could this work for ebooks in today’s market?

My answer: Absolutely, it would work with ebooks, but instead of sending 3,000 letters to bookstores and organizations, you would send 3,000 emails or letters to online book sites, ebook reviewers, book bloggers, potential JV partners, other authors who write books like yours.

The key point of this story is not who she sent the letters to, but how many she sent. It’s a numbers game, and few book authors or even Internet entrepreneurs make full use of the numbers game.

First rule: The Numbers Game. Second rule: Create relationships around the people who respond. Third rule: Build from there.

When Terry McMillan’s first novel Mama was published, she took promotion into her own hands. To promote her first book, Terry McMillan wrote more than 3,000 letters to bookstores, etc.

Few book authors or even Internet entrepreneurs make full use of the numbers game.

Second rule: Create relationships around the people who respond. Build from there. 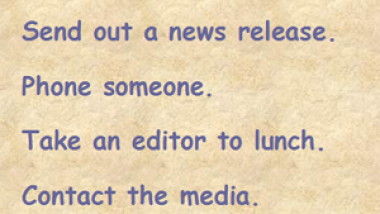 Radio Publicity: How to Be a Good Talk Radio Guest