Nina Amir: Can You Describe Your Book Market?

Before sharing an excerpt from Nina Amir’s new book, The Author Training Manual (Develop Markets, Craft Books That Sell, Become the Author Publishers Want, and Self-Publish Effectively), I’d like to review it briefly.

Nina’s abbreviation for The Author Training Manual is a good description of the value of her book. The abbreviation? ATM. Nina’s book can enable authors to create their own ATMs to withdraw money whenever they need it simply by creating new books. 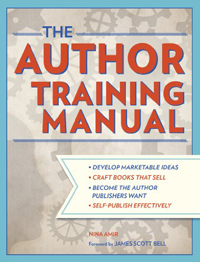 Nina’s advice is solid. And there’s a gold mine in the four sample book proposals (or business plans), especially with the insightful comments by agents. Read these first. Then go back and read the rest of the book.

And her training exercises at the end will help you develop your own book proposals (if you want to sell your manuscript to a book publisher) or business plans (if you plan to self-publish or do ebooks).

The abbreviation for Nina Amir’s The Author Training Manual describes its value: ATM

Now here’s an edited (for space) excerpt from Nina’s The Author Training Manual . . .

Can You Describe the Market for Your Book?

I edited a proposal for an aspiring author who had written a memoir about her escape from Egypt to America. The original document simply said the book would be of interest to Muslims as well as to Americans interested in the news about the Arab Spring. Additionally, since a woman had written the book and the book was about a woman, she felt it would have appeal to female readers. That’s all the information she offered about markets.

All of that was true, but the information was not specific enough to really determine whether her book had the potential to sell well. She needed to do more research to find out how many people might actually purchase her book—how many people comprised the markets she mentioned.

We did that research and discovered the following statistics based on a study conducted by the Pew Research Center’s Forum on Religion & Public Life and released in 2011:

If current trends continue, Muslims will make up 26.4% of the world’s total projected population of 8.3 billion in 2030.

In the United States, the population projections show the number of Muslims more than doubling over the next two decades, rising from 2.6 million in 2010 to 6.2 million in 2030.

Those statistics prove a market exists for the book—a large market any publisher should find propitious. We also found market statistics on the secondary women’s market the author planned to target:

Women buy 72% of all books given as gifts, according to a 1991 Gallup survey, and considering the fact below, this likely hasn’t changed much.

Women bought 64% of all books sold in 2009, according to a study conducted by the publishing research firm Bowker.

Again, the market for her book is more clearly defined by these figures. 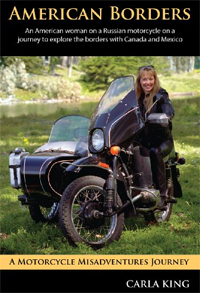 Carla King wrote about her adventures riding motorcycles in her self-published book, American Borders: A Solo Circumnavigation of the United States on a Russian Sidecar Motorcycle. This might seem like a memoir that wouldn’t interest too many people. In fact, her audience includes some six million people who have motorcycles registered in the United States.

Surprisingly, a good portion of those people are female—a good thing for King. The Motorcycle Industry Council reported in 2009 that the number of female motorcycle operators in the United States increased to about 7.2 million out of 27 million overall riders. About one in ten owners at that time were women.

According to King, American Borders enjoys a significant number of nonmotorcycling readers, as will her upcoming China Road Motorcycle Diaries, such as those who like adventure, travel, and women’s issues. “One woman who read it recommended it as being ‘part Zen and the Art of Motorcycle Maintenance and part Harlequin Romance,’” she says.

Yet, many men purchase American Borders, especially around the holidays. “I make the most money at motorcycle shows that take place around Christmas, when lots of gift buying is happening. A book about a woman adventure motorcycling is very popular with guys who are trying to get their gals on a bike. It’s better than buying lingerie!” she claims. Her online holiday sales correspond with that holiday trend as well.

A book does not have to have a huge market, though. It’s possible to sell a lot of books by targeting your work to a niche market. Self-publishing expert and author Dan Poynter provides a good example of an author who has written books for small niche markets. He self-published The Parachute Manual: A Technical Treatise on the Parachute. About 350,000 people complete more than three million jumps in a typical year. There are about four hundred skydiving centers scattered across the United States. Most are located on smaller outlying airports. That’s not a huge market by any means, but it’s an engaged market that spends a fair amount of money on its hobby. And, more important to the author, these people are easy to find and reach.

A book that might seem to have a small audience might still be a viable project. A small hobby or interest could have hundreds of thousands of potential readers—and that’s just in the United States. If you also consider the potential of selling your book internationally, the audience grows larger.

A book that might seem to have a small audience might still be a viable project. #book

A novelist can and should consider target markets as well. The rise of the chick-lit category, for instance, came out of the market for those books, which can be described as smart, fun fiction for and/or about women of all ages. Knowing how many women purchase books, it’s obvious why mom lit has grown into a category of its own, too. There are novels targeted at those who enjoy reading about female detectives, time travel, particular time periods, and even knitting.

Recently, paranormal fiction has sold well because so many people are interested in things like telekinesis and clairvoyance. Such people—young and old—represent a target market. Novelists can choose almost any target market—Generation X, people who love to travel, adults or children who love to cook, those who have elderly parents living at home, individuals touched by suicide, parents with gay children, or singles who adopt pets—and write novels to target these markets. You need only craft stories that include characters, themes, and details that relate to those readers’ interests and experiences.

Traditionally, novelists have not done much market analysis, but such research will help you write a better book and sell more books—to both publishers and readers. Novelist C.S. Lakin lets a publisher know what market she plans to target when she writes a book proposal. For example, here is a market statement describing her Sacred Sites series:

The Sacred Sites books are written for a wide audience with sophistication of language and themes that will find much appeal with both Christian and mainstream fantasy readers. And although these books deal with scriptural themes and use biblical Hebrew, they are written so those of any (or no) faith will enjoy them.

Keep in mind that market interests change quickly and what seems like a hot topic right now probably has already turned cold for most publishers. As agent Verna Dreisbach points out, “Take, for example, the DaVinci and vampire type books. Once they are out, the market has probably already changed. That’s when a lot of novice writers start writing a vampire book. By the time agents get that manuscript, that market has come and gone, and publishers are way over it—considering time spent writing, pitching, acquiring, editing, marketing, and getting the book to print. By then publishers have moved on to zombies. Writers can’t necessarily write to the current market. They have to be ahead of the game, finding new markets and interests, too.”

Verna Dreisbach: Book authors have to be ahead of the game, finding new markets and interests.

For more great advice on preparing your book proposal or business plan, read the rest of Nina’s The Author Training Manual via Kindle. 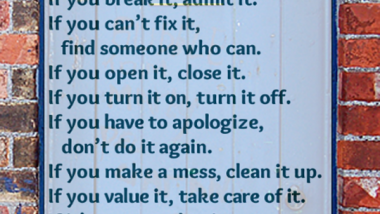 The 13 Rules of Good Behavior 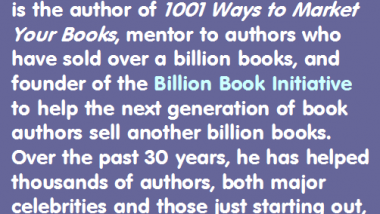