Here are some social media facts and statistics originally shared by Danny Brown of Jugnoo. Danny is the author of The Parables of Business.

The following facts focus on eight social networking activities. Use these facts to help you decide which social networks you are going to focus on and which ones you will only dabble in.

Don’t get sucked into Facebook. Use it to promote your blog posts, etc., but don’t let it be a time-sucker.

Also, don’t worry about how many friends or likes you have in the beginning. Those will build with time as you contribute useful information and inspiration to those who do follow you.

If Twitter were a country, it would be the 12th largest in the world.

Key note: Twitter users are far more upscale than the media often gives them credit for. You can sell to your followers.

Be sure to include the key words and expressions you want to be discovered for within your tweets. People search for what interests them within Twitter – twice as many searches as Bing and Yahoo combined.

The Twitter audience is huge. You can reach a lot of people via your followers, retweets, their followers, and more. And, if you link your tweets to LinkedIn and some other social networks, you can expand your influence even further.

LinkedIn has over 200 million members in more than 200 countries and communities.

Members are on track to make more than 5.3 billion searches on LinkedIn in 2012.

There are more than 1 million LinkedIn groups.

While searches via LinkedIn are about 1/5 of those on Twitter, they are still significant. Again, be sure to use your key words and expressions in your profile, individual posts, and group posts so the right people can find you.

The great power of LinkedIn is in its groups. Join a few (not too many) and participate fully. LinkedIn groups are a great place to make connections, find joint venture partners, and create lasting relationships.

The average visitor spends 15 minutes a day on YouTube.

The most watched video is Lady Gaga’s “Bad Romance” with 470 million views.

The most watched noncommercial video is “Charlie Bit My Finger Again” with more than 458 million views.

If you can create a great YouTube video, people will discover it. But it is very, very difficult to create a video people will pass on to others. The best strategy is to piggyback off a video that has already gone viral (with 50,000 or more views).

The most watched videos are music videos. Also videos of cute and funny kids, animals, and unusual people.

80% of bloggers have been blogging for less than six years.

The key stat here is that the vast majority of bloggers have not been writing for very long. That means that there’s still room for new blogger to create an impact. Of course, you’ll have to compete with the other 3 million new blogs each month.

Sales pitch: You can compete better if you know how to interact with other blogs to build an audience. Check out my Blog Tour Palooza program for details on how to create relationships with other blogs: http://www.bookmarket.com/blog-tour-palooza.htm.

If you haven’t joined Pinterest, join today. Absolutely. For some of my blogs, Pinterest drives 30 to 50% of the traffic.

What I like about Pinterest is that it forces me to add more graphics to my blog posts. And posts with graphics or videos get more views, more comments, and more interaction.

The other cool feature of Pinterest is that it allows you to pin (or share) graphics from other blogs. That gives you one more avenue for establishing relationships with other bloggers and websites.

Instragam is now a go-to social media hangout, especially for the mobile phone social community. If your audience is young and mobile, you should be sharing photos via Instagram.

Share photos of your talks, seminars, and writing activity as well as images related to your audience and topic.

If your audience is young and mobile, you should be sharing photos via Instagram.

The Google +1 button is used 5 billion times every day.

More than 42 percent of Google+ users are single.

5 billion posts or shares every day – that’s a great reason to be active on Google+. And lots of new users. Another great reason.

But Google+ is still one of the least productive for me. I get few blog referrals from Google+.

I share posts on Google+ for one reason: Just to keep Google happier with my websites (since Google, of course, favors its own social networks).

Key stats above: 2/3 of Google+ users are men. 42% are single. If your target audience is single men, you’ve got a goldmine in Google+.

Just as, if your target audience is women, especially married women, Pinterest is your goldmine.

If your target audience is single men, you’ve got a goldmine in Google+.

If your target audience is married women, Pinterest is your goldmine.

My Final Piece of Advice to Book Authors on Social Networks 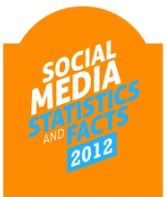 Otherwise you will really get caught up spending most of your time on social networking and not on the key online marketing activity you should be engaging in: creating relationships with high-traffic targeted websites and blogs (targeted to your topic and your audience).

— John Kremer, author of 1001 Ways to Market Your Books

Don’t get sucked into Facebook. Use it to promote blog posts, etc. Don’t let it be a time-sucker.

People search for interests within Twitter, twice as many searches as Bing and Yahoo combined.

The great power of LinkedIn is in its groups. Join a few (not too many) and participate fully

The average visitor spends 15 minutes a day on YouTube. More than most social media sites. 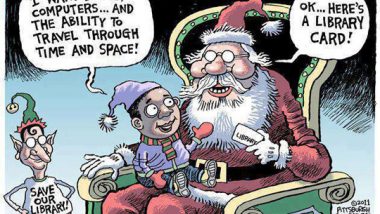 Public Libraries: The Ability to Travel Through Time and Space