A few years ago, one of my Google alerts (for my name: John Kremer) sent me to Yahoo Answers where I discovered a student wanting some answers for an English test. Here are two of the questions from that test:

Which poem utilizes the poetic devices of imagery and rhythm?

A) John Kremer’s “Waterfall”
B) Emily Dickinson’s “Heart! We will forget him!”
C) Robert Frost’s “The Road Not Taken”
D) Aleksandr Solzhenitsyn’s “A Storm in the Mountains”

Which poem utilizes the poetic devices of repetition and rhythm?

A) Robert Frost’s “The Road Not Taken”
B) Aleksandr Solzhenitsyn’s “A Storm in the Mountains”
C) John Kremer’s “Waterfall”
D) Emily Dickinson’s “Heart! We will forget him!”

Check it out: My poem was mentioned in the same breath as poems by Emily Dickinson, Robert Frost, and Aleksandr Solzhenitsyn. That’s incredible company to be in.

The poem in question? See below:

I found the strangest waterfall in a narrow channel along a flat plain in the gully near my home. It was too flat for a fall, and yet I heard the unmistakable gurgle of a waterfall. So I crawled down into the belly of the gully to check it out more closely.

Even at close range, the water still appeared to run across a plain without a fall. But then I saw what looked like a hole in the middle of the flowing stream. So I picked up a stick to poke around to check how deep it was. Well, in doing so, I upset the hole and the gurgle and everything. Whatever hole might have been there I blocked, then plugged up, then eliminated altogether. Whatever fall might have been there, I leveled. Whatever channel might have been there, I eroded. I ended up with a flat alluvial plain, flowing smoothly, making no soothing gurgle, and loaded with mud, mud, mud.

The whole thing was just a result of the uncertainty principle, which simply says that you can’t have your cake and eat it too.

The moment you touch something, you change it irreversibly, and forever. Any contact of any kind with anything results in change — change both in the thing and in you. You’re never the same again. You can’t be. And neither can it.

But that’s the beauty as well as the horror. It’s frightening sometimes to think of the power we have to change each other, to change a small part of the world. But that’s the beauty as well. That opportunity to create an entire new world through every small change we make — that opportunity is glorious, and one I’d never pass up, not for all the undecaying gold in the world.

I destroyed that waterfall today and, in so doing, I lost something. But I gained something, too. I gained contact. I touched, and though I somehow destroyed by that touch, I also created — something perhaps no better, maybe worse, but something that now carries a part of me forever.

And that something more is precious. 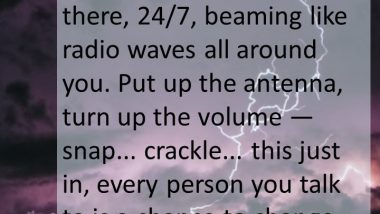 Book Marketing Tip: How to Change the World 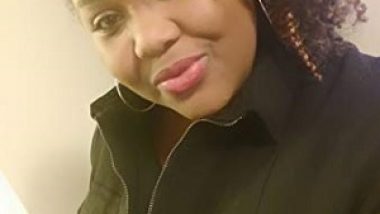 Booksellers Recommend: Who Created the Definition of Beauty? by Doris Dancy-Whiteside