To promote my novel, Lost in Las Vegas, I came up with the idea of offering a nationwide writing contest with $5,000 in prizes that gets readers and potential writers into the madcap spirit of the book.

I played off the city’s oft-used marketing slogan, “Should everything that happens in Vegas stay in Vegas” with an answer: We don’t think so! There’s not another city in the world that evokes such strong reactions from people as Las Vegas. Crazy experiences, crazy times, things that a person may never do or experience in their lives, occur in this city where people let it all hang out. These ideas form the spirit of Lost in Las Vegas, and likewise, the focus of the writing contest.

Here is the teaser for the writing contest:

What have you lost in Las Vegas? Your money, your honey, your virginity? Or maybe you found something in Sin City—a big poker game, a binge, a gorgeous spouse (freedom from that spouse), whatever.

We’d like to hear about it! Keeping within the spirit and theme of Lost in Las Vegas—trouble, hard luck, good luck, or madcap adventure—we want your craziest Vegas true adventure story, or a fictional story that happened only in the Vegas of your wildest dreams. 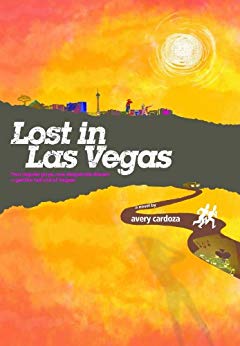 It has always been difficult to get attention for novels, which means you have to do something different. You must attempt to stand out in the crowd. After 13 excruciatingly difficult drafts and 10 years of work to complete my life’s work, I wanted to give Lost in Las Vegas every chance it could get to reach readers. Hence, this fun contest with $5,000 in prizes and a chance to get published themselves.

Lost in Las Vegas is an offbeat, dark comedy that follows John and Ludo, two hapless vacationers in Las Vegas, through a series of misadventures as their world collapses around them and their lives spiral downward into the seedy and treacherous underbelly of Sin City.

As the result of a dangerous infatuation with a mysterious woman, this bad-luck and no-luck duo in just twenty-four hours—find themselves hunted by the mob, FBI, six ferocious killers, police, and the Rat, a psychopathic ex-husband, in a world where nothing is as it seems. And from there, things go downhill—they’re broke, homeless, and wandering the streets with no way to get out of town.

Bickering every step of the way, they cross paths with eccentric and colorful characters inhabiting the shadows of Las Vegas casinos, strip clubs, and downtown streets. John and Ludo don’t quite know who is who and what is what as they desperately try to keep one step ahead of their pursuers and fulfill one very simple dream—get the hell out of Vegas!

Lost in Las Vegas is Cardoza’s first novel, which he began writing in the spring of 2002. 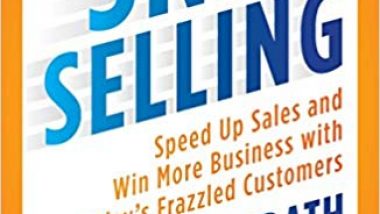 Writing Effective Emails That Get Attention 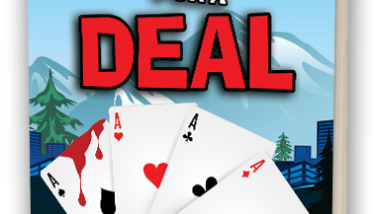