To the next national media star! That’s you!

Do you want to sell more books – or other products, services, or ideas?

Do you need help planning your publicity strategy?

Do you want to know how to make your book, service, product or idea a bestseller without breaking the bank?

It all starts with a good news release.

I see dozens of news releases every day. Few make the grade. Most are uninteresting, unnewsworthy, and product-oriented.

What does it take to sell anything with a good news release? In a 15-minute phone call, I can give you feedback on your news release to help you make it one that sells, sells, sells.

To schedule a critique, send me your news release via email along with the best time to call you within a few days. Each critique includes a 15-minute feedback session via telephone as well as a rewrite by John to create a news release that gets attention and makes sales.

“I want to thank you again for your generous help with our press release problem. The responses we’ve gotten for our latest release are much better than what I’m used to. A large percentage of that is (obviously) due to your suggestions.” — Thomas Shelby, publicist, Hohm Press

To get you started in writing your news release before the critique, here are some great lead sentences and paragraphs:

Have you ever wanted to tell God to go to hell?

Imagine if you will a novel that combines the fashion savvy of Sex and the City with the brassy British sense of humor in Bridget Jones’s Diary. Now, just for fun, throw in an Agatha Christie mystery, a Rough Guide travel book, and a steamy romantic passage or two from a Barbara Cartland novel. The result? Backpack by Emily Barr.

In most people’s minds, life in the military does not seem very poetic. Where in the world of drill instructors, sharpshooters, and grunts is the stuff of poems?

Are you tired of not being heard? Would you like to inspire your fellow workers to greater success? Do you want to be known as the leader who gets things done? Then learn how to tell stories. If you know how to tell stories, you can communicate with anyone. And that is the key ingredient to success in any business.

How did the guy who calls himself the laziest, most unemployable man in America start two companies that were both featured on Inc. magazine’s list of the 500 fastest-growing companies — one of them listed twice and ranked #2, and the other growing from a one-man operation to $300 million in sales and 1100 employees?

[John’s note: This question is too long. I’d probably have broken it down into a few questions.]

The numbers don’t lie: The under 25 age group is the fastest growing demographic
filing for bankruptcy. Teen credit card debt is at a record $500 million and student
loan debt tops $60 billion. The future for America’s youth is at a crisis point.

What’s even scarier: the majority of 16-22 year-olds have never taken a class in personal finance — all this in the wealthiest, most educated country in the world.

Or how about this? Sitting around the kitchen table, pots and pans still steaming, just the family — and the down-home goodness of Uncle Bud’s Seafood Gumbo, Gizrum and Turnip Greens, Chili-Cheese Rolls, and Peanut Caramel Cake for dessert.

How are your news releases? Do they ask good questions? Do they tell great stories? Do they draw editors and readers into your pitch?

Here are a few links to some news release rewrites . . .

(too much emphasis on the book rather than the story)

(more emphasis on the story, the terror, the possibilities of what will happen next)

(too many points were covered in this news release)

(this news release focuses on the theme of the day: Faces of Dementia to encourage media to interview the author of a memoir)

(again, too much emphasis on the book, not enough focus on one news angle)

(more emphasis on the issue; some short, more dramatic quotes)

(a rewrite done by the client with coaching by me — which focused on the impact of big wave surfers on the Egypt overthrow and other Middle East political turmoil. Very good news focus.)

Original press release for a career book (written by the publisher): careers-Press-Release-old

(When I interviewed the author, he told me a story about a man who found a job, one week at a time. Now that was news in this economy: the week-at-a-time job. I’d never heard anyone talk about the phenomenon in exactly that way, so we rewrote the news release to focus on this new phenomenon)

Use the above news releases and revisions as examples to help you rewrite your news releases for greater impact. If you still have trouble coming up with a good story line, then email me. I can help make your news release one that gets attention AND helps you sell more books – or products, services, ideas, and more! 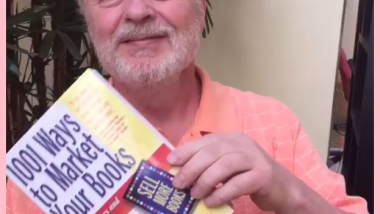 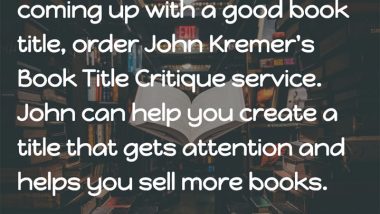